KMazing – K-Pop is indeed a phenomenon that never dies as the number of the fans get higher and higher and eventually booming. Besides that, a lot of idols are also increasing the competitiveness of the market by showing their charm and talent through the songs they sing.

Lots of singers and idols have already conquered the stage in South Korea while also taking the world by storm and one of the most popular girl groups out there right now is TWICE.

Yes, TWICE is a girl group consisting of 9 beautiful and talented women from JYP Entertainment. They are only beautiful, but the members of this girl group also have a sweet voice and skill while dancing. No wonder TWICE has a lot of international fans.

Well, last month the finally officially their her first comeback in 2019. TWICE made a comeback with the “Fancy You” album which in overall picture the mature and sexy impression but still got the cheerful style that got them famous for the first time. 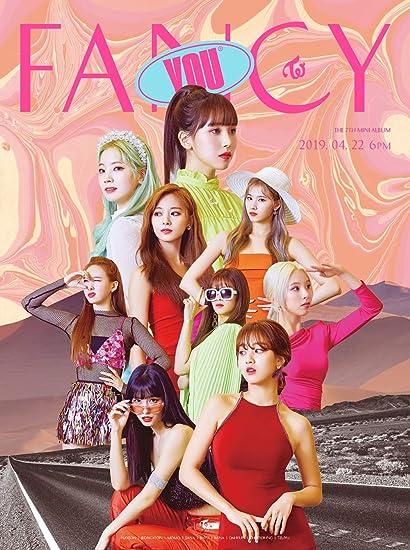 “Fancy” itself is a title track that got 59 million viewers in less than a week. But other than “Fancy” that is super catchy and addictive to listen to, there are several other songs that are also quite good. In total, TWICE packed six songs including the title track “Fancy” through the album titled “Fancy You”. Some of the songs that must be added on your playlist list are “Fancy”, “Stuck in My Head”, “Girls Like Us”, “Hot”, “Turn it Up”, and “Strawberry”.

Fancy got an overall pop crush concept and features a different vibe than the one shown by TWICE in their previous comebacks. The dance moves are very energetic and quite complicated but TWICE successfully proves their skill with the compactness of movement and rhythm. The song was written and composed by Black Eyed Pilseung and Joen Goon who are the man behinds a lot of TWICE’s popular songs.

Stuck in My Head

Next on our list is “Stuck in My Head”. With this song, TWICE shows that they can handle hyperbeat that is powerful with lots of swag in it. The main point is that TWICE is also succeeded in displaying their vocal skills that were strong and stable even with several parts that seemed a little bit complicated.

The shortest track on this EP, Girls Like Us present a piece of music that sounds quite relaxing. The hook got enough to create the attraction and I think that this particular song is very suitable for traveling. Broadly speaking, Girl Like Us tells the story about women who must always be strong under any circumstances.

Honestly, when I saw this track on the list, I thought “Hot” is going to sound like I’m So Hot by Wonder Girls. Well, my baseless expectation is shattered from the first beat with the soft voice of Mina (CMIIW) that set the overall tone for the song. In my humble opinion, “Hot” is no that hot in a way the displays the impression of the music. It is not that powerful and quite flat in the delivery. There is some part where the falsetto technique is good but other than that, meh.

The dynamic of the song starts with the intro that uses acoustic but right at the tenth second of the song, the real rhythm of Turn it Up comes up and clearly shows the impression of a song with a funky pop flow that can make anyone who listens to it to shake their body to the beat.

Last but not least, we got “Strawberry”. The second longest song after Fancy is perfectly catching the image of TWICE and converted it in a cheerful yet catchy song. It might sound like any other TWICE songs but there is this synth sound that keeps putting the song back on the track.

“Fancy You” prove that TWICE is capable of handling a lot more than just cheerful image that they have until now. Fancy put on the mature image on the mix while Stuck in My Head create the perfect hyperbeat that TWICE can handle perfectly. Those two are my favorites, which one is yours?