KMazing –  It is almost impossible for you who read this article and doesn’t know this girl group. BLACKPINK’s career is still quite short for a group but they did skyrocket to the fame with the stature as the successor of 2NE1 plus lots of songs such Ddu-Du Ddu-Du and As If It’s Your Last. The four-member girl band, Jennie, Lisa, Rose, and Jisoo, is indeed a very established internationally-recognized group.

Also Read: 10 Ballad Songs that You Need to Listen After A Break-Up

The visual of BLACKPINK’s members are out of this world plus the girls got this charming personality, and of course, an extraordinary singing skills. Their dancing skills is also another attractive point of BLACKPINK. Dancing in sync while accompanied by melodious voice, is indeed one of the attractions that they present on stage. 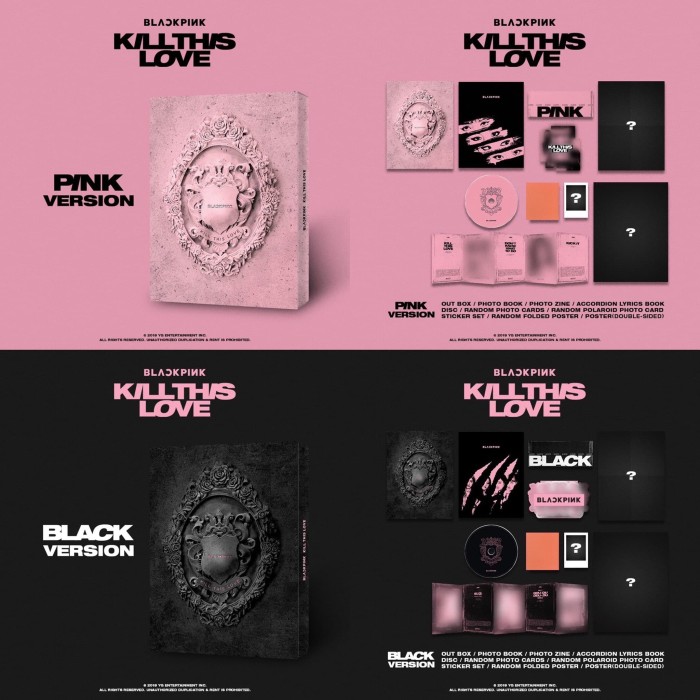 In early April, BLACKPINK released their latest mini album titled “Kill This Love”. As a result, the girl group of four will make a comeback stage not long after their last mini-album was released. In the latest EP that was released, one song became the main attraction which is Kill This Love.

Kill This Love tells the story about the outpouring of the hearts of women who are feeling broken hearts. The song gives a message to all women who suffer the aftereffect of break up to stay strong and live their lives and forget their previous feelings. Wow, isn’t it inspiring?

In their latest video clip, the four Blackpink members appear fierce with energetic dances and charming costumes. The concept of this video clip is also in harmony with the meaning of the song that was delivered wherein a scene, Rose, who was crying, still drove her car forward to put on a tough face. Likewise with Jisoo who looks graceful in her long dress with the tip of a burning arrow. This video clip of Kill This Love was able to attract the attention of their worldwide fans and is the second most watched K-Pop video in under 24 hours of its release.

Other than Kill This Love, there are a number of songs that were included in the album tracklist such as Don’t Know What To Do, Kick It, Hope Not, and Ddu-Ddu Ddu-Ddu Remix versions. Composer, writer, and producer of BLACPINK’s latest mini album is the same as the previous album, Teddy Park, R Tee, and Bekuh Boom.

The concept carried on the latest album is slightly different from the concept of the previous album where in this latest album the members of BLACKPINK appeared with a more masculine outfit but still showed a sexy impression. In addition, BLACKPINK also collaborated with four world-class choreographers to work on their comeback.

Also Read: Review Map Of The Soul by BTS

Don’t Know What To Do is the hip-ballad that we can expect from BLACKPINK. While the delivery is superbly done, the alteration of beats is the main point of this song.

Three Other Artist That Released Album in USB Before GD