KMazing – The title might suggest a hard on take between the two groups, but this post is literally just stating the factual fact between the two most well known girl group in K-Pop industry. Well, It’s hard not to compare this two girl group, both of them have nine member or used to have nine member. They both have a broad fandom with die hard fans and several hit song under the belt which attract million and millions viewer over the world.

It’s true that Girls’ Generation has already fulfilled almost everything and it’s kinda hard for any girl group in K-Pop to reach their achievement, but Twice do have potential for going on a long way to reach the same level of recognition as their sunbaenim is. One thing that differ the group is the members, JYP Entertainment mix several nationalities into the group to create multicultural group which in my opinion and according to business marketing plan is relative a bit easier to promote, since they already have one or two members from the targeted marketing country. While, SM Ent. which assemble Girls Generation have only Korean nationalities member, but the trouble is not on sight for the SNSD as they successfully conquered the continent and spreading Hallyu Wave across the world. 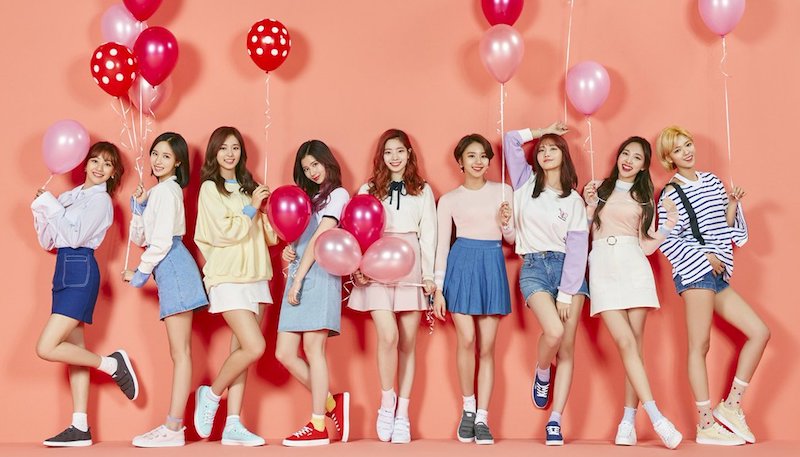 Last thing, for Girls Generation they have to create new path to show the world their capabilities as K-Pop not that common in 2009-ish, but for Twice *no offense* the K-Pop virus already everywhere, the only thing that need to be done are assembling great member, compose great song and spend on marketing *which is still difficult*. I should say Twice got slightly easier way that what Girl’s Generation have to struggle with.

All in all, both of them are the Queen of K-Pop, it’s hard to directly compare both of the groups, because too many things needed to be included to make a proper comparison, and we choose the peace way of enjoying both of the groups equally. Stay awesome people !