KMazing – Drama that took the genre of history or Saeguk, although obviously the main issue raised is about power struggles, it is still an interesting drama that has its own fans. Seven Days Queen is a melodrama saeguk, this drama will focus on the love story of King Jung Jong and Queen Dangyeong who deposed in 7 days due to political conflict. So if you like tragic drama, this one is definitely for you.

The drama, titled Seven Days Queen or Queen for 7 Days, stars Lee Dong-Gun, Yeon Woo-Jin, and Park Min-Young. The drama is also directed by Lee Jung-Sub, and is written by Choi Jin-Young. Seven Days Queen drama is scheduled to air for 20 episodes and is aired on KBS every Wednesday and Thursday at 22:00 KST. 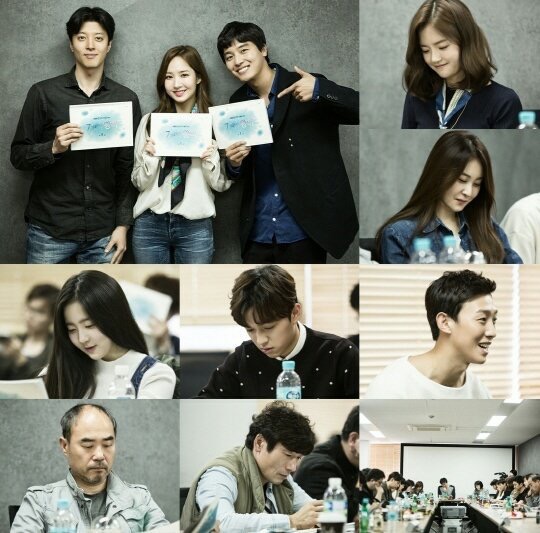 Taking background in the Joseon Dynasty era, Seven Days Queen talked about the reigning throne between the heirs of the kingdom. The king of that time ruling was King Yeonsanggun or Lee Yoong (Lee Dong-Gun) who had Prince Jin Seong’s half-brother or Lee Yeok (Yeon Woo-Jin). Lee Yeok very much admires his brother, he feels sorry and really wants to help his big brother. While Lee Yoong, who currently holds the throne, is insecure, one of whom is with Lee Yeok’s presence, he feels threatened. On the other hand, they are actually two brothers close to each other when they are small. Jealousy began to grow in Lee Yoong because he felt his father (previous king) loved Lee Yeok more than him.

In the anguish and threatened threat made Lee Yoong become tyrant and cruel king. Meanwhile, there was an urge to immediately marry Prince Lee Yeok. This could be an option to get rid of Lee Yeok from the castle, or even make Lee Yeok a strong figure to pursue the throne and replace the king (due to the strong family background of the wife). The prospective pioneer is Shin Chae-Gyeong (Park Min-Young), daughter of one of the royal ministers.

I like history drama, call it fantasy or the real real drama, but this one is a bit spiked on the very first few episode. The background story is a bit weak for me if they want to have this kind of big conflict. The cast did their job in portraying the character and the director did take good and meticulous shoot of the scene, but the story is a bit too loose and weak. Hope the next few episode could turn out the bloop. Overall speaking, this is good and worth your time drama.