KMazing – The unpleasant news came from Lee Sung Kyung and Nam Joo Hyuk’s couple. Just four months after going public about their relationship, the couple finally choose their separate ways aka break up. The news first appeared from a Korean media. Disclosed, two stars who take shelter under YG Entertainment is having asstrained relationship due to their each activities that took most of their time. 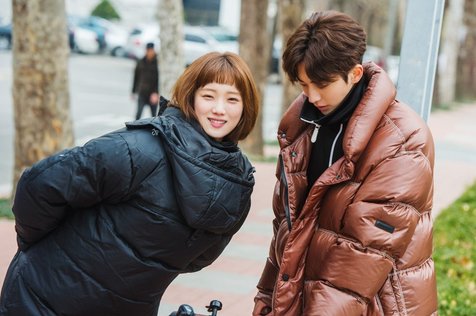 Despite their breaking up, the two have remained well connected and supportive. The news of the breakup Nam Joo Hyuk and Lee Sung Kyung has been confirmed by the agency, YG Entertainment.

“It is true that the two have broken up.

We cannot mention the reason why because it is their private lives.”

Nam Joo Hyuk and Lee Sung Kyung struck with location love struck when both played in television series Weightlifting Fairy Kim Bok Joo. Both acknowledged to the public about relationship in April after photos of their dating occasion revealed by Dispatch.

On one hand hand, Nam Joo Hyuk currently starring in Bride of The Water God drama with Shin Se Kyung. With his new drama the model-actor is having a super solid busy schedule.

Lee Sung Kyung herself is not currently starring in any drama. But the model-actress is always busy with filming ads, shooting schedules, and also go on promotion to several countries as a brand ambassador from famous makeup brand.