KMazing – There are many group that steal the thunder for a while and then we never heard of them anymore. Popularity does mean creating income for the company but sometimes that was not the case every time, there are several group that look like didn’t even provide benefit for their agency but actually the backbone of their company. The case happen usually when the agency produce another group and public started to forget the older one. 2PM for example, used to be one of the most famous boy group with their beast concept, now as JYP Entertainment unveiled their new girl group TWICE, the attention faded from the “old” boy-group and moved to TWICE. 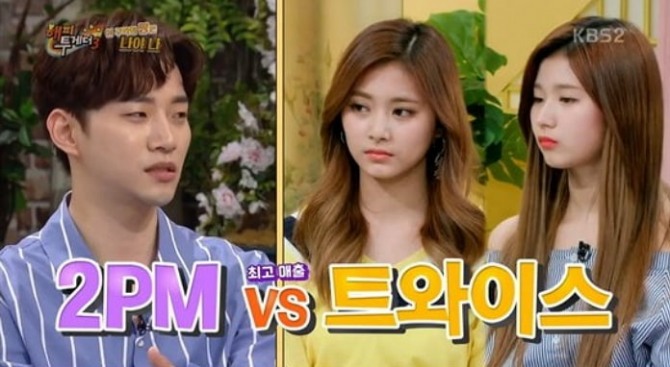 Popularity-wise maybe 2PM is far from TWICE right now as the girl group is becoming the nation girl band with every song released by the girls is always trending and topping the charts. Revenue-wise ? 2PM still leading, Junho of 2PM revealed the truth when he appeared on KBS’s “Happy Together“.

“Actually, 2PM still brings in the most revenue. Although we don’t appear on Korean TV as often as before, we still go on world tours,” – Junho of 2PM

He also talked about the misconception of 2PM’s existence as he sometimes got questioned about the condition of the group whether they’re already disbanded or retired.

“One time I went to a hospital after an overseas tour, and the doctor asked whether 2PM was still active. People think 2PM isn’t currently promoting in Korea. But the fact is, I haven’t taken a rest for longer than a week in a while. I hope the misunderstanding clears up” – Junho of 2PM

BIGBANG Comeback Schedule: The Wait is Over!

Three Less Popular Song to Cheer Up Your Day