KMazing – Following the update from the medical staff of Ewha Woman University Hospital, YG Entertainment release a statement regarding their stars. For those who miss the news, let use recap for you: one trainee was caught using marijuana and during interrogation she said that she did smoke marijuana several time with Big Bang member T.O.P at his house. The accusation at first was rejected by T.O.P himself but later on, the rapper himself seen going to the police station for interrogation, fast forward – T.O.P’s resulted positive in using marijuana and he became the suspect of further investigation. He later got expelled from his police military duty and just a few hours after the news break out, T.O.P was found unconscious on his medication.

The news and attention about T.O.P is huge and with that bear the condition of uncomfortable for everyone in the hospital including other patient’s family. That was one of the reason behind the decision of moving the oldest member of Big Bang to another hospital. 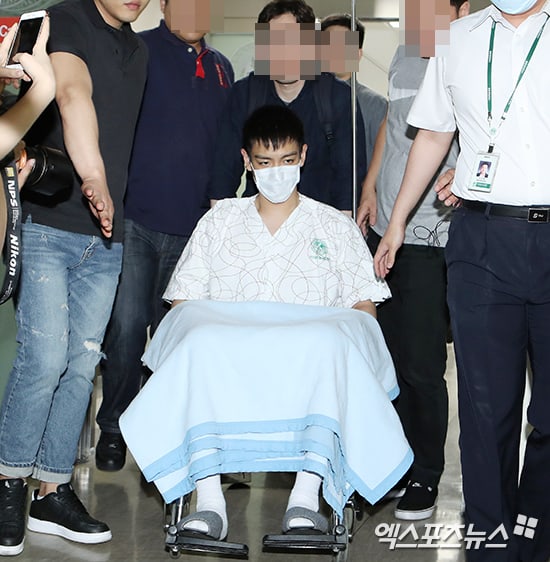 We are deeply apologetic to the patients who have been inconvenienced for the past couple of days, The hospital’s medical team made the recommendation that T.O.P should be moved from the intensive care unit to the general ward. However, his guardian requested that he be moved to a different facility that has single patient rooms to make visiting him a smoother process. We will not be releasing the name of the new hospital as we wish to avoid the situation we faced at the first hospital. We ask for your understanding. – YG Entertainment