The video featured Hong Hyun Hee who plays a character that preparing for comedian test receive a backlash from viewers. In the video uploaded on April 19, Hong Hyun Hee appear on video titled “Legend Match” with black make-up and dreadlocks which depict racism. In response to this, SBS received complain from international fans which most of them picture the skit was blatantly racist and disturbing.

In the sketch, Hong Hyun Hee act as girl who has a dream to be a comedienne despite his father’s objection. In other several occasion, she always appeared in funny yet under control costume such as one eye goblin but last week performance was out of the norms and inappropriate. Many viewer criticized the skit as it is belittling African American. 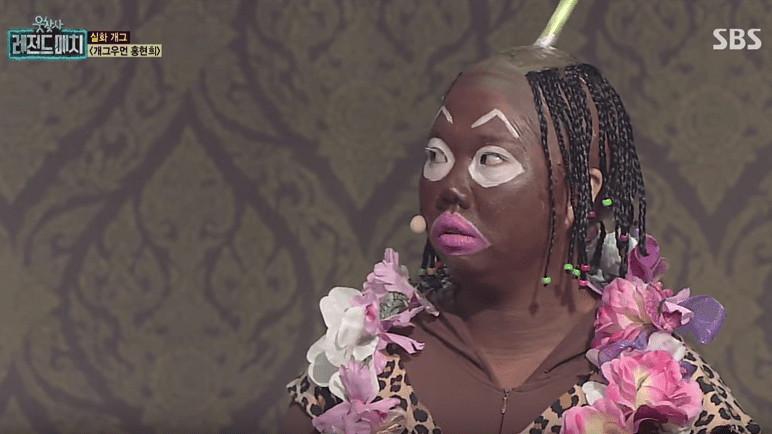 After the show make headlines and the controversy is peaking, SBS released an official statement expressing their apology “We sincerely apologize for not carrying out a thorough review of the sketch. We have deleted the clip of the skit, and we will make sure this doesn’t happen again.”

This is not the first time this kind of controversy happened, in the past Mamamoo perform a parody of Uptown Funk. The video was disclose during their concert and in the video the girls were dressed up like the artist but the problem was they were using blackface. Later on the Agency of Mamamoo issue an apology through their Facebook Page acknowledging their insensitivity in using blackface in the video.