KMazing – The Legend of the Blue Sea is a 2016 korean drama that adopted the genre including Romance, Comedy, Fantasy. Aired on SBS, the show was directed by Jin Hyuk PD and storyline written by the famous writer Park Ji Eun. This drama successfully cast big and huge star in Korean Entertainment Industry such as Jun Ji Hyun who play the role of Shim Chung and the one and only Lee Min Ho plays Heo Joon Jae also Lee Hee Joon role as Jo Nam Doo and Shin Hye Sun role as Cha Shi Ah. The Legend of the Blue Sea premiered on November 16, 2016 on the SBS channel. Airs every Wednesday and Thursday at 22:00 (KST) every week.

“The Legend of the Blue Sea” was made by taking the inspiration from a historical fairy tale of a mermaid in an anthology short story known as “Eou Yadam” by the Joseonese scholar Yu Mong In. The tale is about a sailor who captures and releases a mermaid. The drama is about love story between man from high-ranking families in the Joseon Dynasty and a mermaid.

But how can mermaid of the Joseon Dynasty survive in the modern era of Seoul? Shim Chung (Jun Ji Hyung) is a mermaid who finds herself moving into modern times. Accidentally she is caught by Heo Joon Jae (Lee Min Ho), an attractive yet cool man who is a “magical twin” / reincarnation of Kim Moon, the son of a high-ranking man from the Joseon Dynasty. 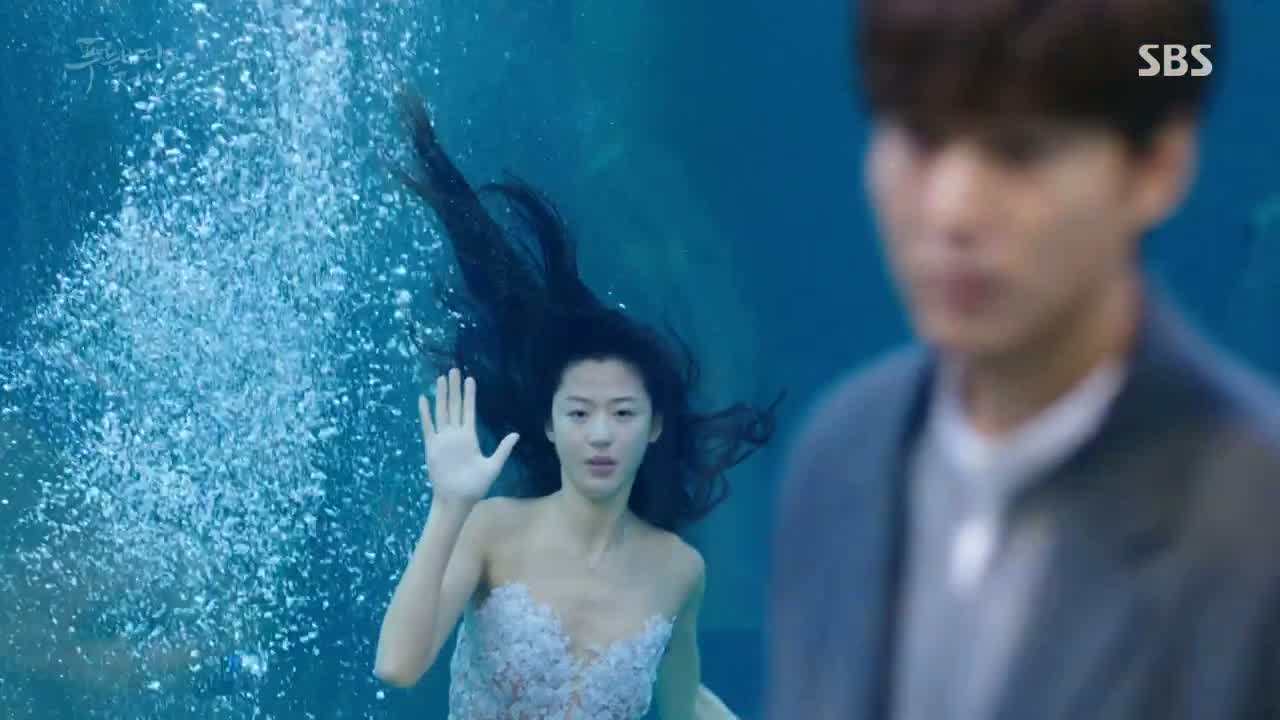 In the present, Joon Jae works with Jo Nam Doo (Lee Hee Joon), a skilled swindler who guides Joon Jae to become a “scammer” (one who makes money illegally by cheating people). However, Joon Jae’s friend Cha Shi Ah (Ghin Hye Sun) who works as a researcher at KAIST may be the only hope for Chung to survive in this strange new world.

With big name comes big expectation. I started this drama expecting something huge will happen and thinking that this series will adopt fast-paced rather than slow boring indulging story. The first two episode is quite enjoyable for me. But honestly, I expect more from the drama. In my opinion, the drama is not lacking anything, the story was well-written, the chemistry is out of this world, the effect and CGI is good but the spark is not there.