KMazing – Moonlight Drawn by Clouds is a Korean drama in 2016 that took the genre Historical, Romance and Comedy in their story. Aired on KBS2, the series was directed by Kim Sung-Yoon and the storyline was written by Kim Min Jung and Im Ye Jin.

This very enchanting drama cast Park Bo Gum as Lee Yeong, Kim Yoo Jung played the role as Hong Ra On, Jin Young role as Kim Yoon Sung and Kwak Dong Yun as Kim Byung Yeon. Moonlight Drawn by Clouds premiered on August 22, 2016 on KBS2 channel and scheduled to air every Monday and Tuesday at 22:00 (KST) every week. The series is adapted from the novel web “Moonlight Drawn by Clouds” written by Yoon Yi Soo with KK illustrator published on the Naver portal from 3 October 2013 to 10 October 2014.

Hong Ra On (Kim Yoo Jung) is disguised as a man and became consultant on dating affairs. It was all started from a letter written to her client. Hong Ra On later destined to meet Lee Yeong (Park Bo Gum) who is Hyomyeon’s crown prince. During their first meeting Hong Ra On does not know that Lee Yeong is a prince and vice versa Lee Yeong does not know Hong Ra On is not a man. This typical disguised type of plot is going to be taken turn on love relationship between the main couple. 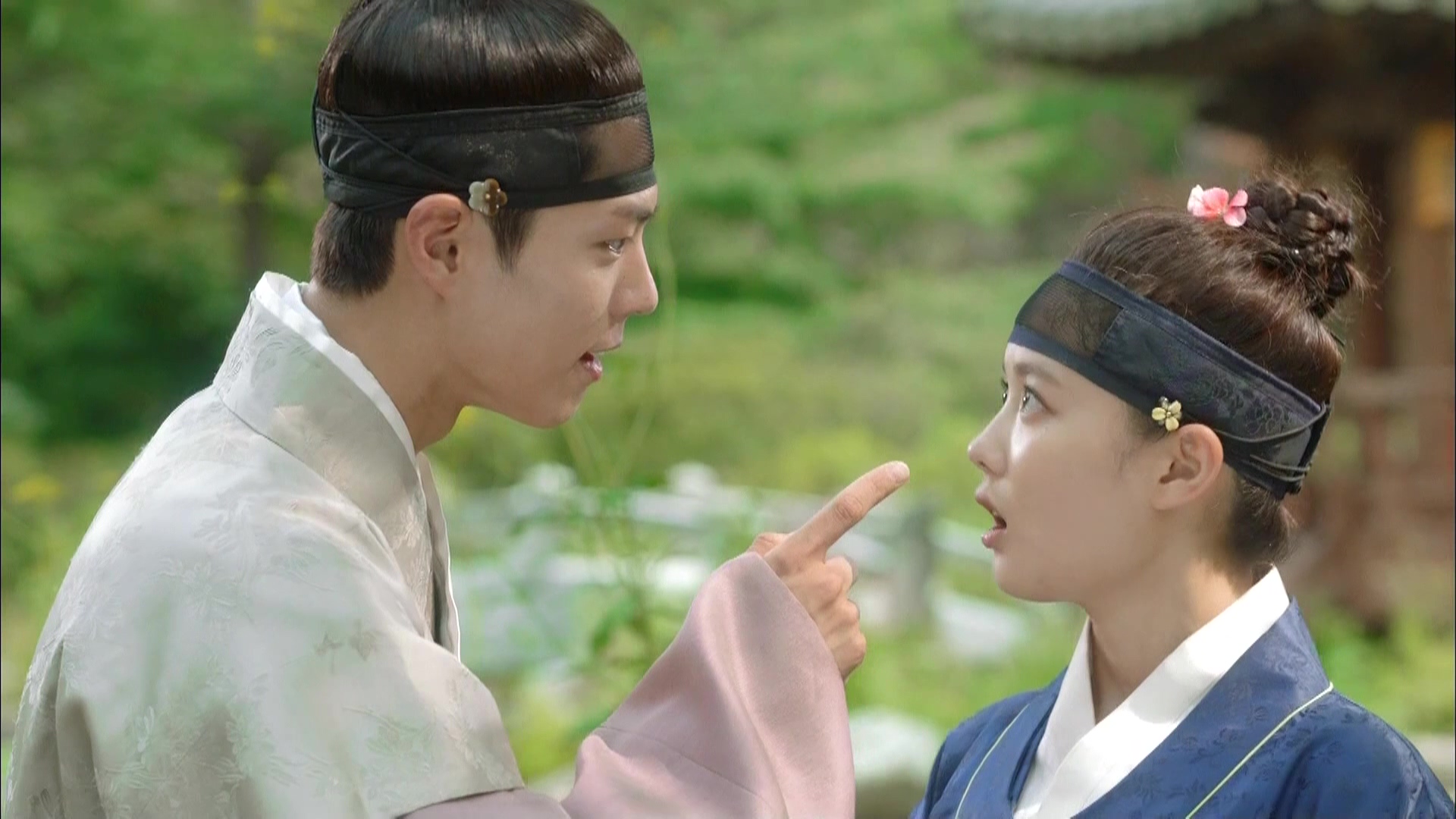 Don’t take this against me, but even before watching the drama I am already feeling discourage with the concept. The only reason I try to watch this drama is because of Park Bo Gum, I like how he portrayed his character in Reply 1988 and was curios to see how capable he is in playing other character. The other mini reason I decided to give this drama a shot is to answer nosy feeling on how will the writer of the scenario pivot the boring and predictable concept toward something interesting during this hallyu wave era.

Up until the first two episode, I am not even amused by the time of watching this series, it’s too cliche for me. I dont see Kim Yoo Jung is *my deepest apology toward all of her fans* quite good in catching up with Park Bo Gum acting performance, several time during the interaction I can see the glimpse of awkwardness during the scene*or maybe I still am can’t move on from Reply 1988*. All in all, I am quite surprised with the story which is well written but a bit disappointed with the chemistry of the cast, hope the next episode will be better. Worth the time guys !