KMazing – The Heirs also known as The Inheritors, is the South Korean Dramas series produced in  2013 which adopted the genre of Romance, Comedy, and School life. The television series was Directed by Kang Shin-hyo. This drama is huge thing before it even sart due to the cast which starring Lee Min-ho who plays as Kim Tan, Park Shin Hye plays Cha Eun-sang and Kim Woo-bin plays Choi Young-do. This drama airs on SBS on October 9, 2013. 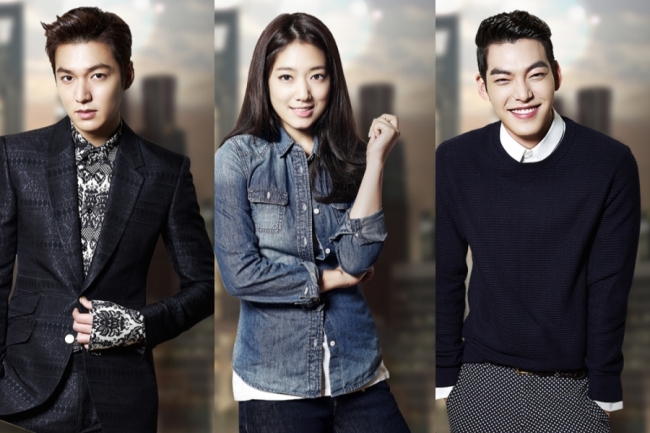 Kim Tan (Lee Min Ho) is the successor of the Empire group. He is very arrogant and only focused on himself but he is under the shadow of his stepbrother, Kim Won. Kim Tan falls in love with Cha Eun who comes from a poor family.

Cha Eunsang (Park Shin Hye) is the daughter of the housekeeper (helper) Empire group. Eunsang grew up with Yoon Chanyoung and will have a triangular love relationship with two wealthy men who inherited a large asset (stake) in their respective family, Kim Tan and Choi Youngdo. Cha Eunsang accidentally met with Kim Tan in America (California) Cha Eunsang go to America to meet his older sister who will get married but her brother lied and took the money he brought to America. This unintentional short encounter makes them fall in love, but their love story does not go straight because of the caste differences between the two. And their relationship is getting closer later because Cha Eunsang will stay in the maid’s room at Kim Tan’s house and she also will be going to a school in Jeguk High School (Eunsang’s rich elite school) Eunsang gets the help from the father of Kim Tan to enter the school.

Choi Youngdo (Kim Woo Bin) is the successor of the luxury resorts. He is very clever with IQ 150 but he uses his mind more to knock and crush his friends than to use it in terms of lessons. Choi Yongdo used to be good friends with Tan but because of an incident they became hostile to this day.

The First Glance of the cast and I said “ah another cliche poor girl fall in love with rich guy” and I WAS F-ING RIGHT ! I suffer during the first episode, I can’t hold myself seeing cringe moment which is everywhere during the first episode. Honestly I didn’t expect the drama to be great because of the cast but until three episode I watch so far, I am still waiting any turn of event that create a great drama great. Hope the next episode will provide more entertainment rather than this cringe monotonous moment.