KMazing – It’s gonna be HUGE! get ready to enjoy the upcoming drama that are super epic and *from the synopsis* are genuinely good in terms of idea and story, hope it won’t let us down. So please do indulge in the list we have crafted just for you guys. Enjoy!

Cha Sun Hee is a housewife and she is married to Bong Cheon Dae (Bae Soo Bin). Her husband is currently unemployed. He has a twin sister named Cha Do Hee, who works as a flight attendant.

Although they are identical twins, yet they have very different personalities. Cha Do Hee is involved in a situation that causes Cha Sun Hee to pretend to be a flight attendant to replace her. Cha Sun Hee then meets a co-pilot named Song Woo Jin (Ryu Soo Young).

The next upcoming Korean drama 2018 which will air on the TVN channel is the LIVE series. Drama series directed by Kim Kyu Tae is telling about the joy and sadness of police officers in a police station. They try to uphold values in everyday life and maintain justice. One thing to note in this drama is the involvement of Lee Kwang Soo in this television series.

The Korean drama, That Man Oh Soo, will air in March 2018 on the OCN channel. The 16-episode series tells the story of Oh Soo (Lee Jong Hyun), a 20-year-old man who works as an IT engineer, as well as a cafe and barista owner. He’s smart and handsome. She plays a cupid figure for men and women using mysterious pollen. Because of the pollen, he fell in love with Seo Yoo Ri (Kim So Eun) who is also 20 years old and works as a female police officer. He has a good personality and becomes the backbone of her family.

The 2018 Korean drama titled Let’s Hold Hands Tightly And Watch The Sunset tells the story of a married couple facing a crisis involving death. They look back to the past when they were together and realized the importance of love between them and their family. 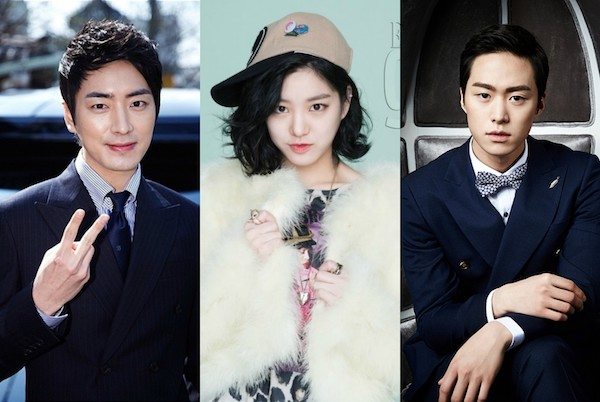 Lee Yoo Chan (Suho) is a CEO of an IT company, Next One. He founded the company and is now one of the favorite companies for young professionals. He is arrogant and does not trust people in general. Lee Yoo Chan also suffers from the inability to recognize faces. Meanwhile, Kim Bo Ra (Ha Yeon Soo) was born in the countryside on Jeju Island. Shee is the pride of his family and famous in her hometown for being clever. She then went to Seoul to continue her education and brought great hopes for her family. Over the past year at college, Kim Bo Ra had trouble finding a job. Her dream is to work on Next One. Kim Bo Ra meets Lee Yoo Chan and their lives change. Korean drama 2018 titled Kingdom is set in the Joseon Dynasty. A crown prince is sent on a dangerous mission to investigate the mysterious plague that spread throughout its territory. After investigating things, The crown prince finally learned that the kingdom was being threatened. The mysterious plague is a terrible plague in the form of zombies.

Talk about a con man. He was smart enough to take the test, but he can not be a public prosecutor. Ignoring favoritism and prejudice by prosecutors, the person makes criminals pay crimes that other prosecutors do not. The latest Korean drama 2018 titled Four Men is about a woman detective who had lost the man she loved. She then meets two pairs of twin men and is involved in a mysterious case. One of Korea’s leading drama JTBC in February 2018 is the Eulachacha Waikiki series. The television series is about 3 men with different backgrounds. Kang Dong Goo (Kim Jung Hyun) aspires to become a film director. While Cheon Joon Ki (Lee Yi Kyung) wants to follow in his father’s footsteps to become a famous actor, but now he’s just an ordinary actor.

Meanwhile, Bong Doo Sik (Son Seung Won) came to Seoul to become a screenwriter, but it was not easy for him. The three men then run Waikiki guest house in Itaewon, South Korea. Their Guest House faced bankruptcy and then a mysterious baby and a single parent woman appeared in Waikiki.

Crash Landing on You is Adopted Into Musical Work