It’s widely known that the Billboard Music Awards (BBMA) is one of the most prestigious awards initiated directly by the international music sites. Thus, the Bangtan Boys fame and popularity as a South Korean musician has gained official international recognition by winning this award.

Getting in the billboard chart alone has become a distinct achievement for Asian musicians, let alone winning an award from this organization. The news about BTS nomination for Top Social Media Artist has been heard since a few months ago. This of course makes the Army (BTS’s fans) as well as the guys proud of their dazzling achievement. 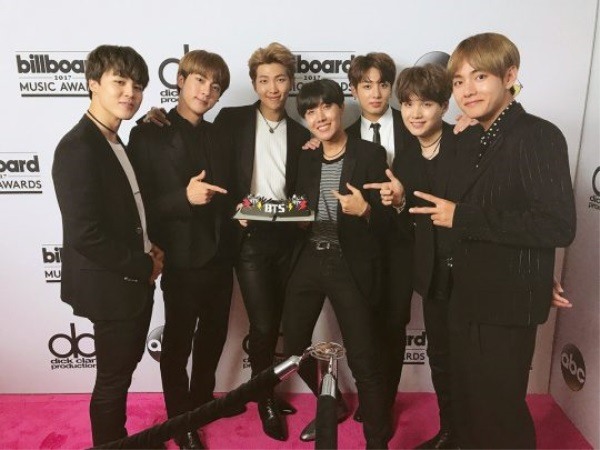 “We still cannot believe that we’re standing here on this stage at the Billboard Music Awards, Oh my gosh. It’s so great to see all the artists we admire and we feel honored to be in this category with all these great artists right in front of us. This award belongs to the every people (sic) all around the world that shines. I love you and thank you very much!” – Rap Monster during Acceptance Speech

They should be proud because BTS is competing with world star renowned artist such as  Selena Gomez, Shawn Mendes, Justin Bieber, and Ariana Grande for Top Social artist award. Since the voting opened on May 1, 2017, BTS fans flooded their idol group with support through Twitter platform and also Billboard site. With this achievement, BTS became the second Korean artist to win the Billboard award, previously PSY brought home Top Streaming Song trophy in 2013.