BTS is trending, everywhere and like really everywhere. US media who used to be very cold with their perception on K-Pop finally get on with the style with their coverage on BTS’s concert in North America titled “2017 BTS Live Trilogy Episode III: The Wings Tour.” Billboard magazine usually covers K-Pop section in their online articles but this time the article about Bangtan Boys is released on printed version.

Bangtan Boys is getting media attention after the group received a nomination for the 2017 Billboard Music Awards for top social media artist alongside Justin Bieber, Selena Gomez, Ariana Grande and Shawn Mendes. People Magazine also covers the infamous K-Pop group and released it on their online portal. 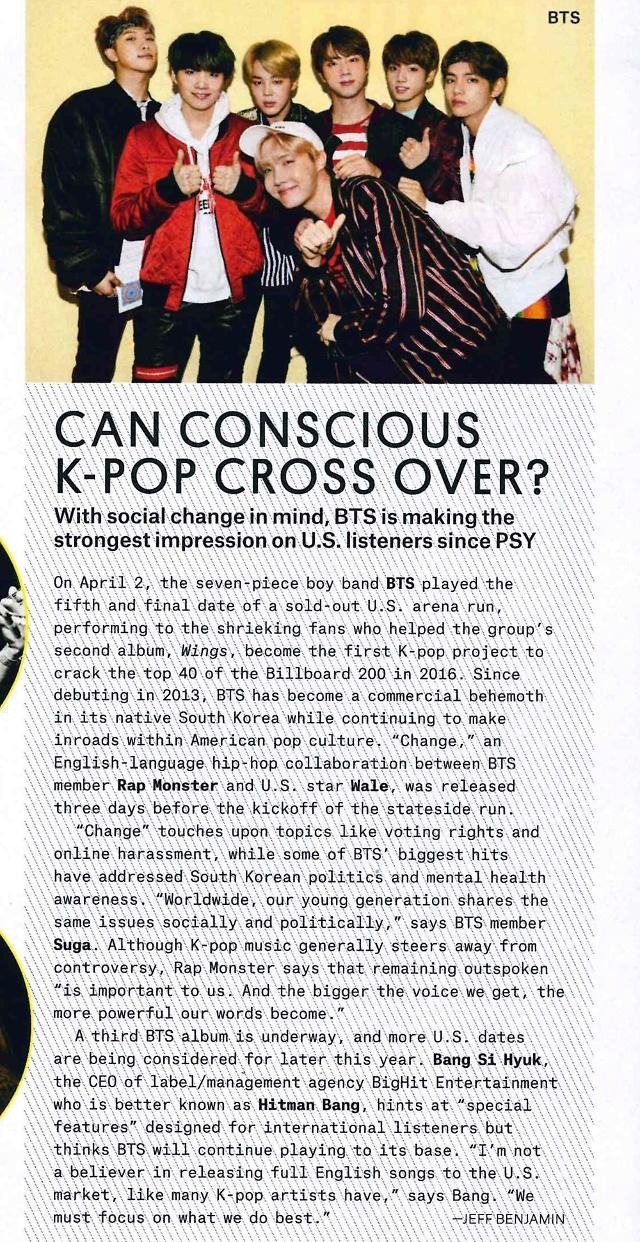 Recently, the respected media New York Times also writing about BTS who dominated the rising popularity of K-Pop in South America. The article focused on the success of BTS in Chile where the boys swept up the attention of K-Pop listener in Chile and create a huge sensation with their concert there. The New York Times estimated that BTS gathered about $2 Million in revenue from ticket sales during their concert.

It’s quite astonishing to see the immense popularity of K-Pop in the region where music usually dominated by musician with latin influenced kind of music. With generation of  social media and internet comes up, the change in term of trend will become more diversified and global, Bangtan Boys is the living prove of it.

Jung Eunji and “The Spring” is Here