KMazing – The popularity of Gong Yoo among South Korean drama fans lately can not be underestimated. This brown-skinned man managed to drunken fans after his acting in Train to Busan and also super romantic hugely famous drama Goblin. Thanks to these two roles, Gong Yoo becomes dream man among female fans all over the globe.

But what if one of the Indonesian actresses had the opportunity to work together with the popular actor? Not only she makes herself proud, citizens of Indonesia also will have pride on it. And this golden opportunity fell into the hands of the beautiful actress Tatjana Saphira.

Not long ago the commercial film of Gong Yoo and Tatjana Saphira in the latest smartphone model becoming viral. During the mobile ad, these cross-country actors and actress shows great chemistry as a couple. Well, of course the intimacy Gong Yoo and Tatjana create wave of jealousy from the fans.

Plus, this smartphone ad is made in a typical Korean drama cinematography that uses soft  and lovely tones. The story, Gong Yoo is Tatjana’s lover and the two undergo Long Distance relationship until finally meet in Paris, where Tatjana live.

Shortly after the advertisement was released and discussed by netizens, Tatjana uploaded a photo with theactor who also played a part in the Coffee Prince drama. Many netizens commented on Tatjana’s photo and there the wave of loving fans Gong Yoo boost the ad to become more viral. 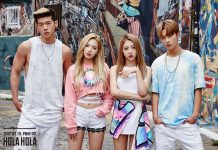 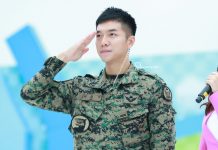 Does Lee Seung Gi Really Have AOA Seolhyun Photo In His Military Locker ??